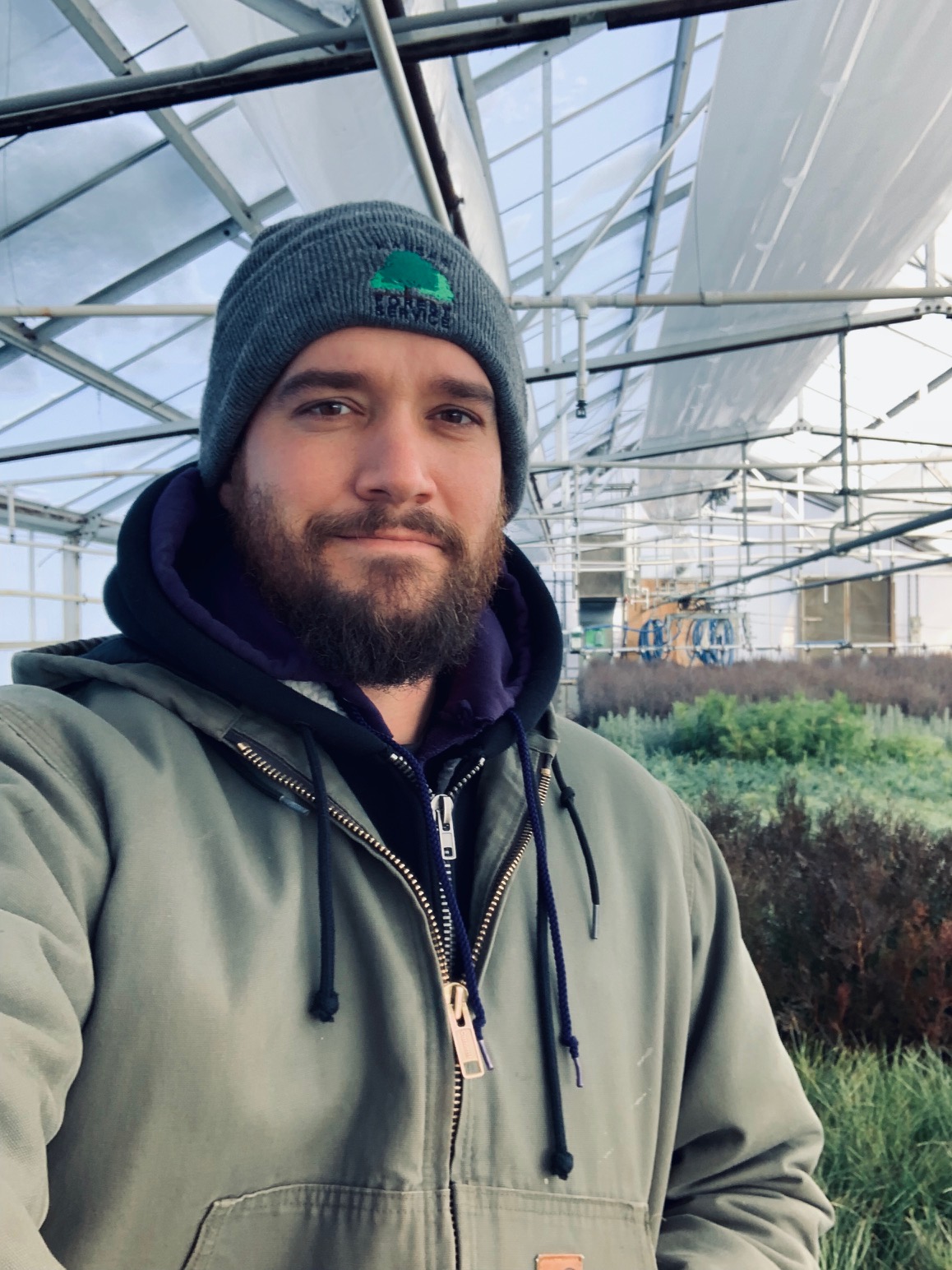 Aaron grew up in North Newton, Kansas and has worked in agriculture for the past two decades. After graduating high school he worked on farms of varying sizes around the country, with a focus on horticultural production. He attended Kansas State University and subsequently Michigan State University where he researched horticultural production methods. Following this, he worked as a field and research technician where he facilitated on-farm trials for potato growers around Michigan.Aaron started at KFS in 2017 as an agriculture technician where he directed seedling shipping operations for the nursery. Over time, he assumed more responsibilities including greenhouse production and administrative duties. In 2022, Aaron accepted the role of Nursery Manager at KFS. His primary responsibility in this role is to coordinate the production, procurement and distribution of tree and shrub seedlings for conservation plantings. As nursery manager, he supervises and works with a great team of full-time, part-time, and student workers at KFS.