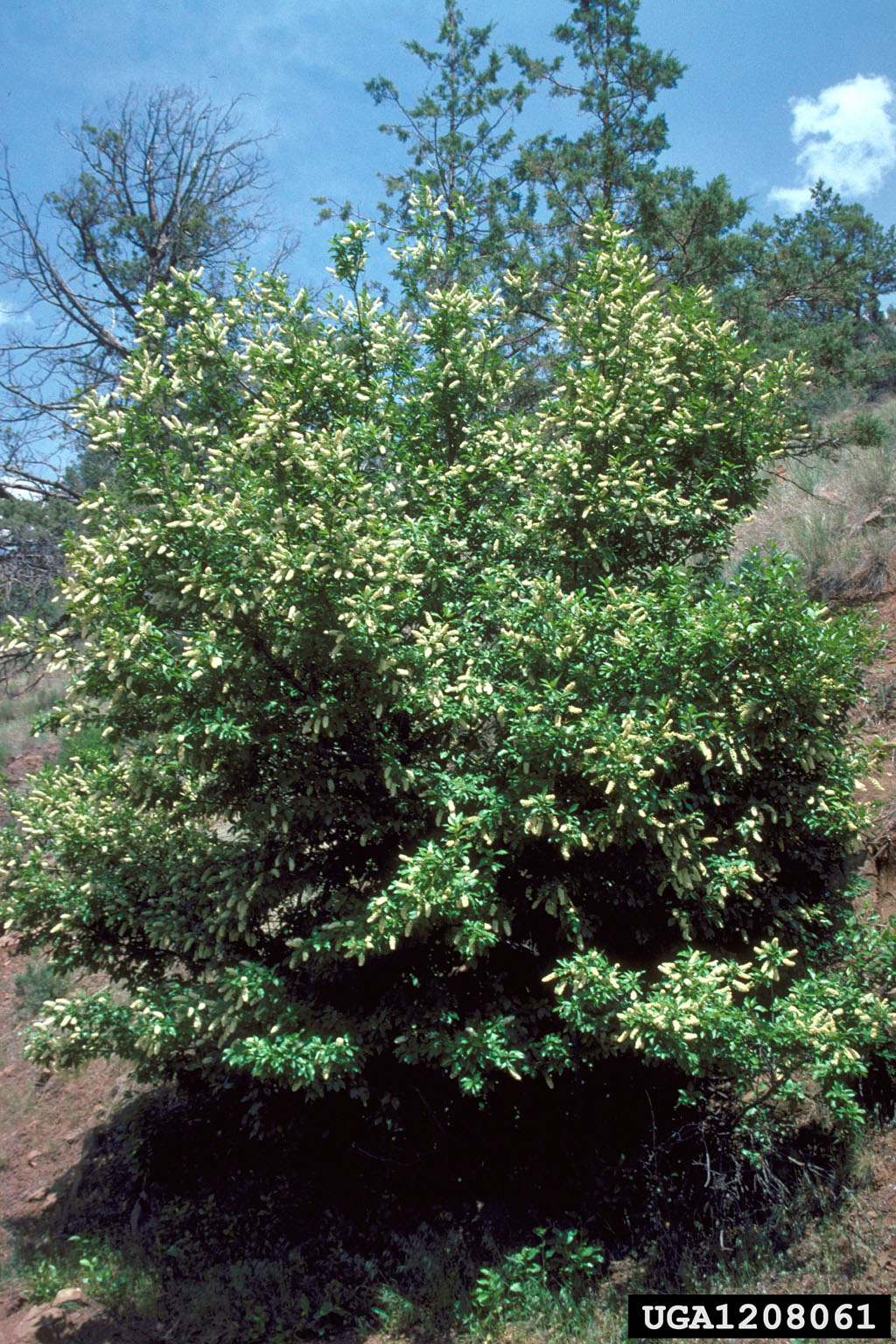 Prunus virginiana, or Choke cherry, is usually found in thickets along roadsides, in ravines, or along the edge of woodlands. It is more common in Central and Western Kansas, but it is planted throughout the state.

Growth Rate
It grows at about 12 to 18 inches per year.

Leaves, Stems and Fruit
Leaves are alternate, 2 to 4 inches long, oval or widest toward the outer end, with abruptly pointed tip, tapered or rounded base and finely toothed margins. Usually has 2 prominent glands on the petiole near the blade. In May, white flowers in dense clusters are borne at the ends of young, leafy branches. The flowers develop into four to six-inch clusters of round-ish fruits which are approximately 3/8 inch wide and black or reddish when ripe. The bark of young shrubs have prominent, horizontal lenticels.

Use
Wildlife Habitat - Choke cherry is very popular for use in establishing wildlife habitat. It provides food and cover for songbird nesting, bird loafing and roosting, and animal loafing and bedding. It is relished by a great number of wildlife species.
Windbreaks - Choke cherry may be used as the outside row of windbreaks. Its dense growth is ideal for reducing the wind velocity near the ground. White flowers make it attractive in the spring. Some people find its thicket forming habit objectionable in windbreaks.
Water Erosion Control - Development of suckers from the root system makes it effective in stabilizing stream banks and gullies.
Human Food - The fruit is used for making jam and jelly.

Adaptation and Soil
Choke cherry has adapted statewide and to a wide range of soils, but grows best on deep, moist soils. It is very drought tolerant.

Culture
One-year-old, bare-root seedlings, 12 to 18 inches tall are used in conservation plantings. Control of weed and grass competition is important for good survival and growth.

Pests
Black knot, a disease, can be a problem. A disease known as "Disease X" is becoming a serious pest on Choke cherry. Currently it’s not widely spread, but it does appear to be spreading.