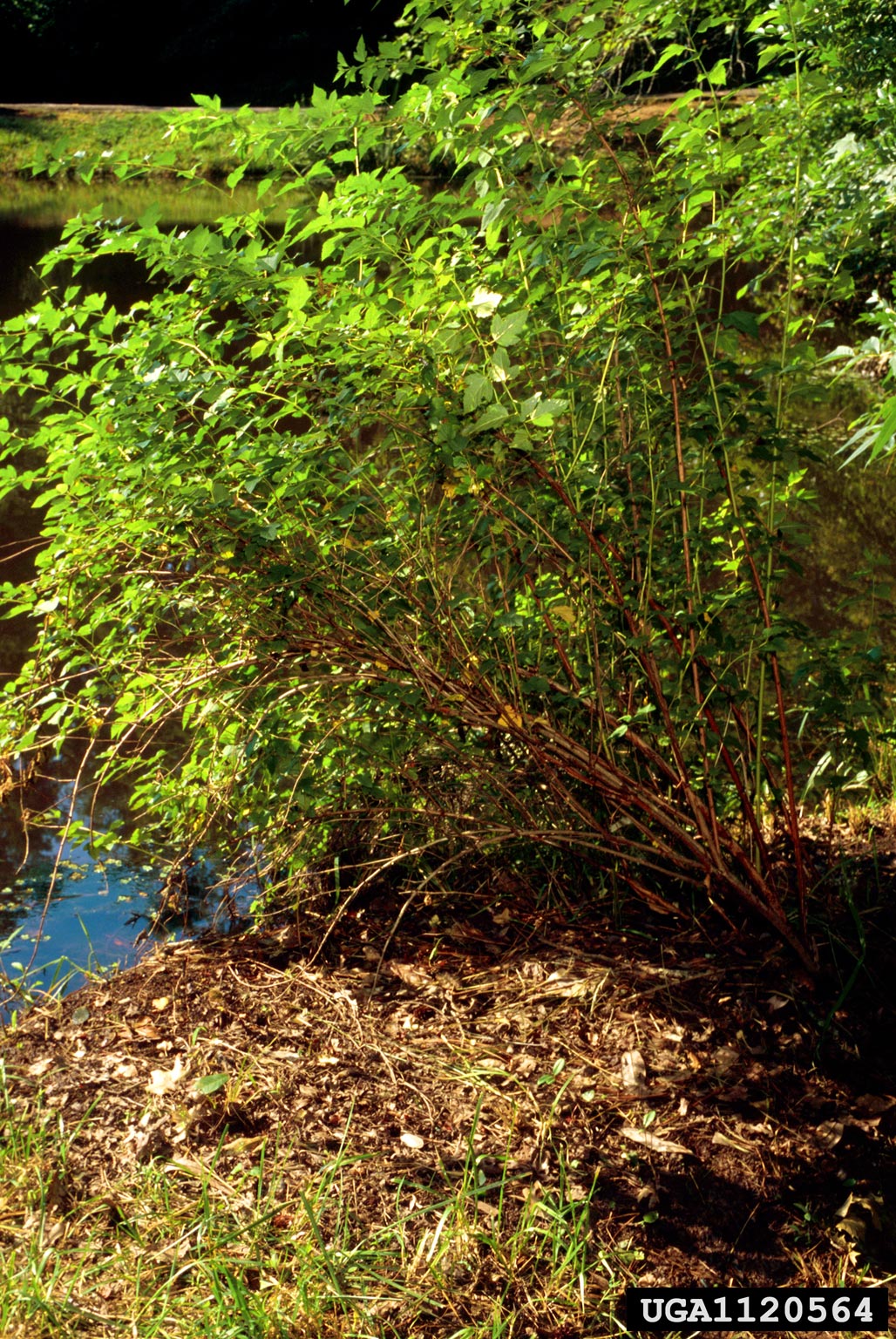 Physocarpus opulifolius, or Common Ninebark,is native to the north central United States and Missouri. It is not native to Kansas.  It grows to 4 to 8 feet in height and spreads 4 to 8 feet. Ninebark grows at a moderate rate.

Leaves, Stems and Fruit
The leaves are simple,alternate,1 to 2 in. long. Usually three-lobed, but occasionally five, with an irregular saw-tooth margin. The upper leaf surface is medium green and fall color is yellow. This plant is an upright, widely spreading shrub with many slender branches. Young stems are bright red-brown and smooth while the old bark peels off in thin, vertical strips exposing a brown inner bark. Its name is taken from the way the mature bark curls away from the stem.The attractive flowers are white or pinkish in terminal clusters in mid-spring. Fruit is small and red - not commonly seen.

Uses
Wildlife - It's flowers attract butterflies and other insect which, in turn, attracts various songbirds.
Windbreaks - It may be used to provide an outside row in windbreaks.
Riparian Planting -A streamside shrub found over much of Missouri. Forms a massive root system quickly after planting, making it useful to control erosion on steambanks

Adaptation and Soil
Ninebark has adapted statewide and grows best in dry, sandy soils as well as heavy clays.

Culture
This plant is frequently confused with Vanhoutte spirea. It is very tough and durable. One year old bare-root seddlings are used in conservation planting.