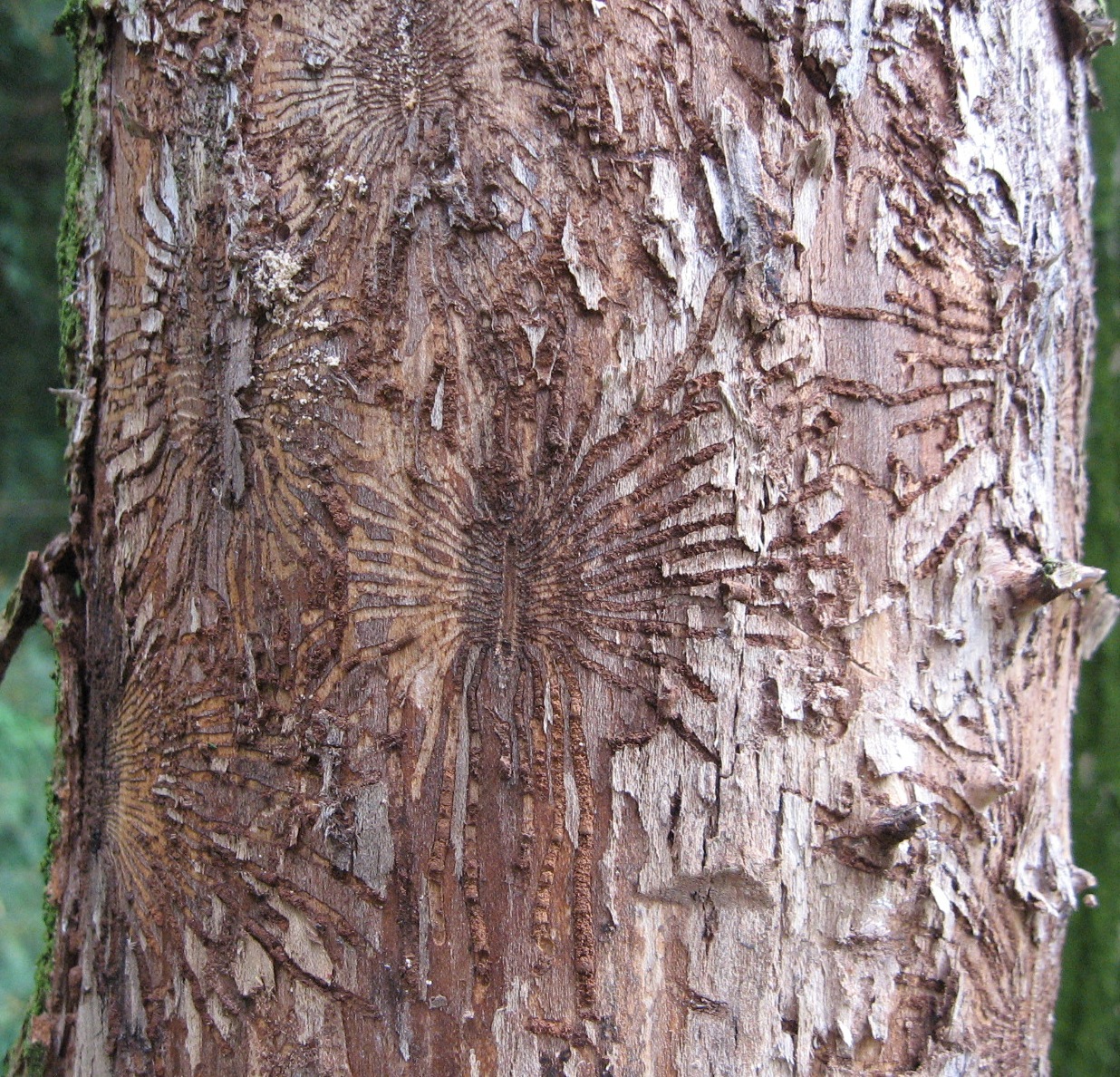 At one time, American elm was the most planted tree in America because it was well suited for the urban environment as it is long-lived, fast growing, and tolerant of compacted soils and air pollution. Dutch Elm Disease (DED) entered the U.S. accidentally on elm logs shipped from France to Cleveland, Ohio, in 1931 and by the  mid-1930’s the pathogen started killing many planted and native elm trees in Ohio.  It was not until 1957 that the disease made its way to Kansas. Today DED has been reported throughout the state and has destroyed virtually all the large old growth native elms.

Dutch elm disease is caused by the the fungus Ophiostoma ulmi that clogs the vascular tissues within a tree preventing water movement to the crown. The DED fungus is vectored and closely linked to the life cycles of the native elm bark beetle (Hylurgopinus rufipes Eich.) and the smaller European elm bark beetle (Scolytus multistriatus Marsh.). Both species of beetles are attracted to stressed or dying elm trees and dead elm wood. In Kansas, the major vector is the European elm bark beetle.

Trees infected by bark beetles vectors develop symptoms in late May and sometimes late August or September.  Initially they feed on small branches near the top of the crown. Wilting will be noticed high in the tree. Leaves will appear “off-color” and then turn yellow. This will progress to other portions of the crown over time. Vigorous trees may last up to a year, but if 25% or more of the crown is wilted the tree must be destroyed. Beetle galleries are formed in the inner bark parallel to the wood grain and as the larvae feed they move out perpendicular from the main gallery. Another sign common of beetle infections is brown streaking in the sapwood on branches. Root graft infections will show in early spring as new leaves emerge. Again, as with oak wilt – trees within a 50 foot radius of each other can share a common root system. The most effective management option to slow the spread of DED is sanitation, by promptly removing stressed, dead and dying elms after a diagnosis has been identified. Trees should be buried, chipped, or burned immediately. Do NOT keep infected elm logs as firewood unless debarked and bark is destroyed. Trees that are taken down during the summer should be immediately destroyed or if taken down in October, they should be burned before April, when the beetles emerge.

To find out if your tree has Dutch elm disease, the Plant Disease Diagnostic Lab at K-State will need a 2 in diameter branch that is 6 inches long that has recently wilted and shows streaking. You can contact your local district forester or county extension agent to forward the sample.