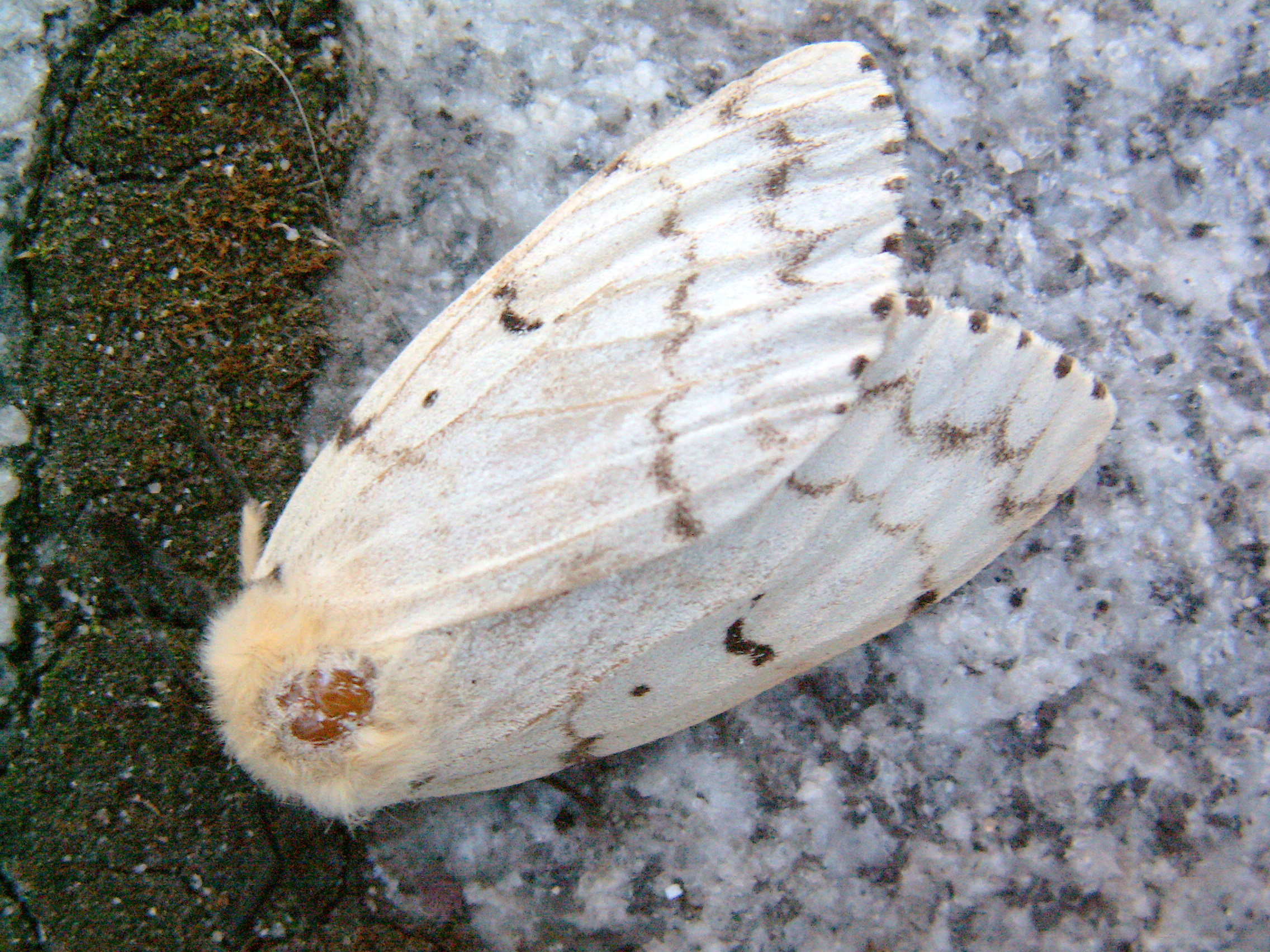 In 1869, the European gypsy moth (Lymantria dispar Linnaeus) was introduced to North America by Professor E.L. Trouvelot in an attempt to breed a hardy silkworm.  Some insects escaped and were soon established in a vacant lot next to his home in Medford, Mass. Since then, it has been infested the northeast, resulting in massive defoliation of shade, fruit, and ornamental trees as well as hardwood forests. Caterpillars devour the leaves of many hardwood tree species and shrubs that can turn a usually lush summer scene into one of winter. Estimates up to 13 million acres of trees have been defoliated in one season, damaging local ecosystems and killing trees after repeated attacks.

Asian Gypsy Moth (Lymantria dispar asiatica) is a native of Asia and was first detected in Washington in 1991.  Ongoing and completed eradication of various sites in the U.S. have so far prevented the establishment of this generalist feeder. This moth is much more destructive if it became established and spread east because of its broad host range and the females are active fliers due to their larger wingspan.

The gypsy moth goes through four stages of development: egg, larva (caterpillar), pupa (cocoon), and adult (moth). It has one generation a year. During the summer months, female (flightless) moths attach egg masses to trees, stones, walls, logs, and other outdoor objects, including household items. Each egg mass contains up to 1,000 eggs and is covered with buff or yellowish “hairs.” The velvety egg masses are on average 1 1/2 inches long and three-fourths of an inch wide. After eggs hatch in the spring(April or May), the caterpillars feed voraciously and grow to 1 1/2 to 2 1/2 inches in length.

Besides being a pest of trees, gypsy moth larvae are a nuisance to people. Larvae of the gypsy moth excrete digested leaf material while feeding in the tree canopy, if disease kills the larvae, the dying larvae produce foul odors, when populations are dense, larvae become hyperactive during the day and heavily infested areas teem with larvae on trees, telephone poles, vehicles, fences, houses, clotheslines, and above-ground swimming pools. For these reasons, people in infested areas may avoid going outdoors or the use of wooded parks and yards during the larval season.

What can Kansans do to prevent Gypsy Moth?

The gypsy moth often travels into non-infested areas when people moving from an infested state transport outdoor furniture, wood, or other equipment with gypsy moth egg sacs attached. Helping to prevent the spread of gypsy moth is easy. Simply inspect articles such as recreational or camping items, or children’s outside toys for egg sacs.